In an interview with Coconut Manila, Heydarian said that this was his way of paying tribute to former Inquirer columnist Conrado de Quiros, who wrote for the newspaper until 2014. De Quiros had to go on medical leave due to a stroke.

De Quiros had done the same twice in 2004: first to criticize then-presidential candidate Fernando Poe Jr. and later former President Gloria Macapagal-Arroyo, who was running for re-election against Poe.

Heydarian said his column published on blank was mostly in reaction to President Duterte’s refusal to call out the Chinese government in connection with the West Philippine Sea boat sinking incident.

“The Reed bank incident exposed the degree in which his foreign policy is extremely hollow. At the time when he was needed the most by the fishermen, by the Filipinos, he chose silence,” Heydarian said.

“When he spoke up in an event in front of the navy, he essentially parroted the same line that China uses, that it was a maritime incident. It was what nailed it for me. He let us down and broke our hearts. That was the last straw for me,” he added.

Heydarian said the Inquirer supported his idea saying “My Inquirer editors have always been supportive of me. They know that this is not a cheap publicity stunt and that I’m a very serious writer. 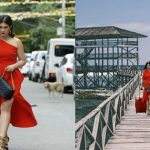 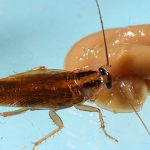