Traveling to different places involve different kinds of transportation, and with very long distances, air travel necessary. There are frequent flyers as well, either they like to travel or they need travel because of their job or business. There are different stories in every flight, which can either be the talk of the town or it will be so unusual that said stories can become viral.

Popular question-and-answer Quora had a question posted, which says, “What is the most humiliating thing you have ever seen happen to a flight attendant?” There have been numerous answers, but there was one response that caught everyone’s attention.

Nuralia Mazlan, a flight attendant for AirAsia, shared a story of what she heard happen to a Thai attendant.

From her story, a Chinese flyer had thrown hot water from a cup noodle to the face of the flight attendant after finding out that she cannot sit beside her boyfriend during the flight. It was also noted that no one in the flight wanted to swap seats.

After throwing hot water, she continued to shout and make a scene, despite the rest of the flight crew trying to control the situation. It was also said that the boyfriend jumped in and “threatened to blow up the plane.”

Once they landed, the woman was apprehended and she was banned from flying with AirAsia again after.

Nuralia continued her post by saying that when a flyer gets upset, the flight attendants become their “punching bag” and she is disappointed that attendants like her are not treated like a normal person.

Also read: A Flight Got Delayed After A Man Decided to Hitch a Ride on An Airplane’s Wing 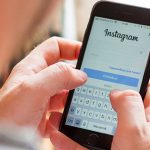 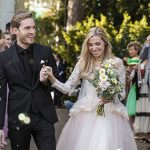