Duterte: Cory is popular for losing husband in the hands of Mr. Marcos

Former TV host Kris Aquino thanked President Rodrigo Duterte for acknowledging that Ferdinand Marcos was the man behind the killing of her father Benigno “Ninoy” Aquino.

“Thank you for acknowledging our family’s loss, and who was behind it. Salamat, Mr. President,” she added.

In his speech in Davao, President Duterte said Cory only became popular after the death of her husband Ninoy.

“Cory Aquino may be popular. She is popular today. Why? For losing the husband in the hands of Mr. Marcos,” Duterte said.

The death of Ninoy triggered the 1986 People Power revolution ending the 20-year reign of Marcos in power. The blood-less revolution also made Cory the president of the republic.

In 2018, however, Duterte admitted that it was Cory who jump-started his career in politics. He was appointed as officer-in-charge vice mayor in Davao City, where he later served as mayor for 22 years. 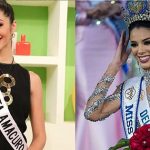