From what started as a character from novels written by Ian Fleming, James Bond became most famous for being a movie franchise. So far, it has 24 movies and was played on screen by six actors, with Daniel Craig as the latest to have the title of Bond.

A 25th James Bond movie is already being produced, and Craig is set to return for the role, but he also indicated that it would be his last movie as the British secret agent. The movie also had a few changes regarding the writers and director, with American director Cary Joji Fukunaga jumping in to direct the movie.

But perhaps one of the biggest surprises regarding the movie was that the codename “007” is handed off to another person other than Bond, and that person is a black woman.

From an article published by The Guardian, Lashana Lynch has joined the cast and will be bearing the codename 007, but Craig will still have the name “James Bond.” The story will be set at the time when Bond has retired from being a secret agent and another person was assigned the famous code. It was described as a “pivotal moment” by a source when M would say, “Come in 007,” Lynch would appear.

Lynch is an actress that was born from West London and is famous for her role as Maria Rambeau in the movie Captain Marvel.

There had been a lot of praise regarding Lynch’s casting into the movie, specially since it follows the recent announcement that Halle Bailey has been cast to become Ariel in a live-action adaptation of The Little Mermaid.

Barbara Broccoli, producer of the James Bond movie, was quoted before that there will “never” be a female James Bond, as the character was always written to be male. 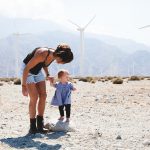 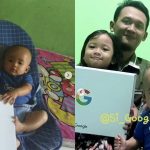