There is no denying that a lot of parents today are being creative when it comes to giving their kids names. Just recently, a couple from Indonesia has recently gone viral on social media as they have received surprise gifts from tech giant Google upon naming their child “Google.”

The parents are Andi Cahya Saputra and Ella Karina from Rawalumbu, Bekasi which is located in West Java. Their child Google was born on Nov. 30, 2008, and he is the couple’s second child.

Andi said that back when his wife was seven months pregnant, he already thought of naming their second child after a well-renowned tech firm, including Microsoft, Windows, iPhone, and more.

He said the main reason why he named their second child after the Mountain View-based firm is that he wants their child to be as useful as the world’s most popular search engine firm. His husband, however, was not in favor of his idea.

Upon giving birth, they were skeptical to tell other people about their second baby’s name. In fact, when friends and family asked their baby’s name, they would answer, “It’s a boy.”

After three months, however, words began to spread. And, the news reached Google Indonesia.

As such, the firm managed to send the couple and baby gift surprises.

One day, a motorcycle taxi driver delivered a few gifts directly to Ella and Andi’s home. After that, they immediately received a call from the tech giant to congratulate them on their new baby and to pray for the child’s wellbeing. One of the gifts the company sent to the couple includes a blue Google jumper.

The couple, however, did not disclose what else they received from the popular company.

They say they are very much delighted because their child is now famous in different parts of the globe.

So, what do you think about this story? Have you also encountered a unique, unusual name? Please share it in the comments section below.

Also see: So You Want To Become A Digital Nomad? Here’s How To Do It 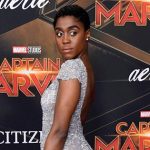 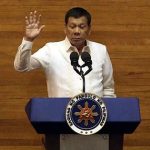