India is one of the countries in the world that is very rich in culture. People of India are very religious and some would even follow their beliefs to an extreme level. India may be known initially as the place where Hinduism came from, but there are also other religions, such as Sikhism.

Sihkism originated from northern India around the 15th century, when the First Guru, Guru Nanak, started teaching a new belief that was very different from the two religions in the area: Hinduism and Buddhism. Currently there are around 25 million Sihks worldwide.

One of them is Sakal Dev Tuddu. He is 63 years old and lives in the municipality of Mugner, in the state of Bihar, India. He has worked for the forest department for 31 years but he is more famous for being a healer. Couples that have trouble having a child approach him for advice.

Perhaps the most fascinating thing about “Mahatma Ji,” as some of his neighbors called him out of respect, is that he has not cut his hair nor has washed it for more than 40 years already.

From a post by The Daily Mail, he mentioned that God visited him through his dream and has he has been told then to not cut his hair. It was also around the same time when his hair, while it was growing, started to form a “jetta,” or dreadlock pattern. He saw this and took it as a blessing from God, which made him not cut his hair more.

He has also quit drinking and smoking as part of his devotion to God. It was also mentioned that his wife has no issues with his hair.To keep it clean, he ties it up with a white cloth when he needs to go out. When unraveled, his hair would reach around six feet in length. Some people would only visit him to see his hair, but he would gladly oblige them.

The current record for the world’s longest dreadlocks is owned by Asha Mandela from Florida, whose dreads reached up to 110 feet in length. 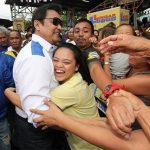 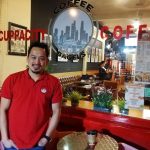