Grandpa Kitchen is one such channel in YouTube. The channel started back in August 26, 2017 and it regularly features Narayana Reddy, or more commonly called Grandpa by his viewers.

He posts videos regularly in his YouTube channel where he cooks huge meals that he gives away to orphans. He always starts is videos with catchphrase, “Loving, sharing, caring, this is my family!” and when he prepares his food, he always says, “Mix well.”

In the later videos that they have uploaded, it was seen that Grandpa is not in it anymore. In a livestream that was shown on October 24, 2019, Grandpa was shown, but it looked like he was not at his best. His son, Shrikant Reddy, has said Grandpa needed a break and will be back once again.

On October 30, a new video was uploaded, with the title, “Grandpa’s An Emotional and heart touching final journey.” In it, they have shown that Grandpa has died on October 27, 2019, and was sent off in the traditional Hindu manner. The rest of the video was a montage of Grandpa’s previous videos.

The rest of the world mourned his passing as he always portrayed himself as a kind-hearted person with children in mind, as he always cooks for the orphans in his place.

It is not clear if the channel will continue on, but it was seen that there were others in Grandpa’s place who would cook in their previous videos. 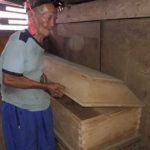 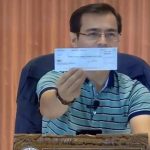