The Deepest Labs in the World

You are mistaken if you believe that to solve the mysteries of the universe, it is required to go to outer space repeatedly. In fact, many of the solutions may be discovered here on planet Earth by diving into one’s own interior. Because of this, the laboratories that are the deepest in the world came into existence. These labs are often submerged in mines that have previously been mined for all of the available ore, leaving behind just a hole that is highly valuable for research purposes.

Because of this, the tests have been relocated deep below the earth’s crust. Underground laboratories are challenging to construct and much more difficult to access, yet they are the best places to observe the interactions between rare particles because of their isolation. The boulders shield the shower experiments from potentially disruptive particles, such as muons, which might otherwise cause the device’s findings to be inaccurate.

By reading this blog, you will learn about some laboratories located at depths one kilometer or more below the earth’s surface.

It is a solar and atmospheric Neutrino observatory that looks for proton decay and detects neutrinos from any supernova that may exist in our galaxy. The Super Kamiokande or Super-K observatory can be found one thousand meters deep in the Mozumi mine in the Hida Kamioka area of Japan.

Neutrinos are both one of the most common and one of the most puzzling particles that may be found in the cosmos. Neutrinos go through every square centimeter of the human body at the rate of 65 billion per second. They have no electrical charge and are exceedingly minuscule, which makes it extremely difficult to detect them; nevertheless, the Super Kamiokande contains the most complex and sophisticated detectors available. This makes it possible to find them.

The Jinping Underground Laboratory, which can be found in the Sichuan Province in southwest China, is now the deepest laboratory in the world. It is situated 2,400 meters below ground level under a mountain.

Because of the facility’s optimal position, which allows for a low flow of cosmic ray muons, the noise level of the facility’s background radiation is far lower than that of many other underground laboratories. In addition, since the facility is constructed on the side of a mountain, there is horizontal access (for things like cars) (through a mine shaft).

Do you recall discussing the Rick and Morty cartoon’s concentrated dark matter in another blog? If so, you can look it up here. It is a genuine thing, and achieving this is one of the goals that the laboratory has set for itself. The China Dark Matter Experiment (CDEX) and the PandaX experiment are both hosted inside the site, and both of these studies attempt to discover dark matter directly.

The mountain’s shielding against cosmic rays makes it possible for the Gran Sasso National Laboratory to conduct research on neutrinos and dark matter and nuclear astrophysics experiments. These programs would not be conceivable without the mountain. It is the deepest and most extensive laboratory of its kind in the world and can be found in Italy.

Read: The Most Intriguing Mysteries of the Universe 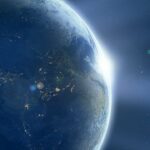 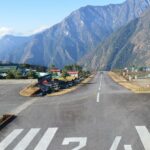