Cities are also home to numerous exciting opportunities and a wide variety of possibilities for physical activities that keep the body moving. Utilizing the bicycle as a mode of transportation is an extremely effective method for incorporating physical exercise into the midst of the routine and, in addition, for ensuring that one receives the necessary daily dosage of adrenaline and endorphins. According to the findings of a study that was just recently published in the academic journal Elsevier and that was collaborated on by professors, scientists, research institutes, and urban planning organizations from a variety of countries, riding a bicycle is the most beneficial mode of transportation for individuals who are interested in improving their quality of life and their level of happiness.

This article, which is a part of a larger research that was conducted over the course of more than four years and took into consideration the assessments and views of approximately 9,000 individuals from seven different locations throughout Europe, is named “The Effects of Transport.” The study’s purpose was to understand better the connection between various modes of transportation, health, and several other social issues. The amount of stress, energy, loneliness, and consistent interaction with family and friends were some of the signs that were considered. The purpose of this study was to get a deeper comprehension of how modes of transportation may impact the economy and the social progress of a society.

The research found that persons who commute by bicycle have lower levels of stress and higher levels of energy than those who commute by car. This was one of the most important findings of the study. In addition, people who ride bicycles are happier and more optimistic. When the information from the “bikers” is compared to that of the automobile drivers, who were the participants with the greatest degree of stress found, the contrast between the two groups becomes more apparent. The researchers believe that this is the case for several reasons, one of which is that riding a bicycle offers a sense of autonomy and relaxation, in contrast to other modes of transportation, such as driving a car or taking public transportation, which ultimately places their riders in more chaotic situations.

In addition to all of these subjective experiences, riding a bike allows individuals to connect in novel ways with the city and one another. According to the findings of the research, cycling “forces” individuals to slow down, which increases the likelihood that they will engage with both their surroundings and the other people in them. When the scope of social research is expanded to include other aspects, this apparently little aspect becomes very important.

As a consequence of being more open to interpersonal contacts, bikers have less sadness and loneliness, which is evident in numerous areas of their mental and physical health and their relationship with the people in their immediate environment.

Cycling around the city daily is not only an environmentally friendly method of transportation but also an excellent chance to get in shape for longer journeys. Moving about promotes physical and mental wellness and strikes a balance between the two.

Read: Facts about the Moon You Didn’t Know 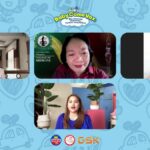 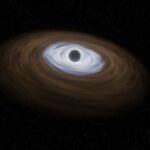