In an interview with the media prior to Duterte’s SONA, Philip said it’s better for the president’s critics to die.

Juan Miguel posted the video on his Twitter account saying the departed director, Lino Brocka, will be so ashamed with Philip’s statement.

“Lino Brocka would be so ashamed. Orapronobis? Jaguar? She doesn’t know them,” Juan Miguel wrote.

In another tweet, the actor from the blockbuster movie “The Hows of Us” said Philip is the perfect example of an actor who just work but doesn’t know why and how he worked.

Juan Miguel also took a swipe with Robin Padilla, who was with Philip during the interview.

In another tweet, Juan Miguel said he gave a standing ovation for Philip’s performance in the movie “Orapronobis” but he just can’t swallow Philip’s latest remark.

“Jusko nangangatog ako dahil kay Philip Salvador. Talk about the hero living long enough to become the villain. I fucking gave his performance in Orapronobis a standing ovation* when I first saw it when I was 17. Ang hirap lunukin ng pahayag niya,” he said. 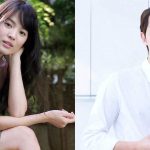 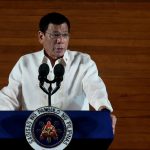