Intriguing Mysteries of the Universe

You must have pondered the enormity and mystery of the cosmos, galaxies, stars, dimensions, and even parallel universes at some point in your life. The more discoveries, the more concerns raised about the operation of space, our beginnings, and even the potential for the universe to come to an end.

The mysteries of the universe

Some of the mysteries that fascinate researchers and scientists include events that are beyond our ability to understand. This is the situation with the rectangular galaxy and the magnetic field in a portion of the lunar crust. Find out about the primary questions about the cosmos that keep astronomers and scientists up at night trying to find answers.

How planets are formed

Planets are among the most enigmatic celestial entities in the cosmos since it is still unknown how planets first came into existence. There is a wide variety of thought on the topic, but there is no definitive explanation for how planets originate from the discs of gas and dust that develop around stars.

One of the hypotheses is that, over the course of millions of years, particles that are contained inside these discs clash and meld together to create ever-larger structures, which eventually coalesce into planets.

In general, galaxies have an oval shape, similar to discs or three-dimensional ellipses, and sometimes even with irregular curvatures. However, the dwarf galaxy LEDA 074886 was discovered in 2012 and is located 70 million light-years away; despite its great distance, it still captures people’s attention. It has a very unique look, with more defined corners, since it is rectangular in shape. This gives it an appearance.

The origin of gravity

Another topic for which there is no clear response, scientists have spent years endeavoring to understand the phenomenon that gave rise to gravity. There is a hypothesis that suggests particles known as gravitons exert force on all matter; however, there is currently no means to detect these particles.

About 23 percent of the universe is composed of dark matter, which is thought to have gravitational effects on everything that is visible to the naked eye.

It is very challenging to do research on the dark matter since it cannot be seen by telescopes, it does not give out any light or electromagnetic radiation, and magnetic fields cannot detect it. However, its gravitational impact may be seen in the motions of galaxies and stars, leading scientists to believe that it is made up of subatomic particles that are distinct from those that make up visible matter.

One of the most perplexing questions is the possibility that we do not exist alone in the universe and that we are not the only intelligent life there is. The idea of parallel universes postulates that our own might be part of a larger multiverse that also contains other possible worlds. It has been hypothesized that our world may be conceptualized as a bubble, similar to that of a snow globe and that other universes can be thought of as existing inside their own bubbles. Astronomers are searching for evidence that shows collision places between the universes, despite the notion being extremely similar to that of classic works of science fiction.

Read: Facts about the Moon You Didn’t Know 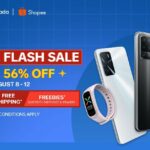