Why do foreigners retire in the Philippines?

Many Western people choose to retire in the Philippines for various reasons, including the relatively low cost of living, the warm climate, and the friendly and welcoming nature of the local people. The cost of living in the Philippines is generally lower than in Western countries, which means that retirees can stretch their retirement savings further.

The Philippines also has a large expat community, which can make it easier for Western retirees to adjust to their new surroundings. Additionally, the Philippines is known for its beautiful beaches, lush tropical landscapes, and rich cultural heritage, all of which can be attractive to retirees looking for a change of pace and a more relaxed way of life.

Also, the Philippines has a retirement visa program that offers many benefits for retirees, including an exemption from the annual report requirement, multiple entries, and a permanent stay in the Philippines. Furthermore, the healthcare system is affordable and accessible, especially in urban areas, which is essential for retirees who want to keep their health costs low.

It’s important to note that the Philippines is a developing country, and retirees should be aware of the cultural differences, traffic, pollution, and the lack of infrastructure in some areas, which could be a challenge.

What is a special retirement visa in the Philippines?

To qualify for the SRRV, foreign retirees must meet specific requirements, such as:

The SRRV is a great option for foreigners who want to retire in the Philippines, but it’s important to know that the visa process and the requirements can be complex and lengthy. It’s recommended to get assistance from a lawyer or a visa agency.

Read: Sheraton Manila Bay Hops to the Year of the Rabbit with Auspicious Offerings 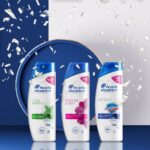 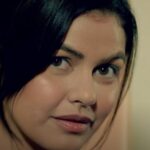