Lady Xin Zhui, also known as Marquise of Dai or Lady Dai, died around 178 BC in her 50 years near the city of Changsha in China. Xin Zhui achieved popularity more than 2,100 years after her death. In 1971, her tomb was found inside a hill known as Mawangdui, in China. She was discovered more than fifty feet below the earth.

Her body was firmly wrapped in 22 silk and hemp dresses and 9 silk ribbons. She was laid out in 4 coffins, each inside the other. More than 1,000 precious goods like bizarre delicacies, fine fabrics, hundreds of silk garments, toiletries, makeup, 182 of pieces lacquer ware were found in the burial chamber. Moreover, 162 sculpted wooden figures were found with the coffins that represented the largest group of attendants.

She was found as if recently died. Her hair, skin, and limbs are still much like a living person. Her skin is soft to touch and her ligaments still bend. She still has her own hair and Type-A blood found red in her veins. Surprisingly, the residue of her last meal was in her stomach. Her internal organ, including her brain, was found completely intact. In all, the status of the body is like that dissection was performed.

The autopsy has brought many facts to the light about her life. Firstly, she was suffering from obesity at the time of death. Secondly, she also suffered from various physical sickness like lower back pain, clogged arteries, and parasites. Finally, she had a badly damaged heart, which was an indication of heart disease caused by overweight.

Lady Xin Zhui is one of the best-preserved mummy in the world ever found in terms of physical appearance as well as in the uncomplicated integrity of the body.

The mummy of  Lady Xin Zhui has proved to the world that the best-preserved body has really come from China. Scientists around the world are still astonished how this unimaginable level of preservation was carried out.

The well-preserved body of Lady Dai now rests in the Hunan Provincial Museum, where the mummy can still be visited. 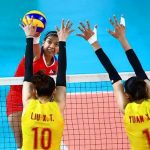 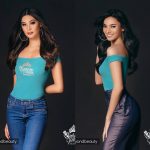