Not so long ago, Vico Sotto — the son of Vic Sotto and veteran actress Coney Reyes — has made headlines across the country. The reason behind is that he trounced the current mayor of Pasig City — Bobby Eusebio — in the mayoralty race. At 29 years of age, he managed to destroy the political dynasty that ruled the city for 27 years. In fact, he earned a landslide victory.

So, if you are curious about the newest Pasig City 29-year old mayor, here are what we know so far.

There is no doubt Vico has the charm as he is the son of Vic. He is a nephew of Senate President Tito Sotto. His half-siblings, who are also popular, include Danica Sotto-Pingris, Oyo Boy Sotto, and Paulina Sotto. His cousin, Gian Sotto, is also the newest Vice Mayor-elect of Quezon City. As of this writing, he has already gained more than 150,000 followers on Facebook.

A Graduate of Ateneo

Politics is not new to Vico. In fact, he earned his bachelor’s degree in Political Science as well as his Master’s degree in Public Management at the Ateneo de Manila University. Back in 2016, he was elected as a Pasig City councilor.

His Interest Is Government Service

In an interview, Vico revealed that government service is his interest — ever since he was a kid.

“I recall being extremely interested in the impeachment trial in 2001 to the point that my friends teased me about it,” he said.

Among his past work experiences include being a Legislative Staff Officer for the Quezon City Council. This experience, according to him, would eventually made him decide to enter into politics.

He Was Endorsed By President Duterte

Earlier this May, President Duterte made an announcement endorsing Vico along with Roman Romulo, who was running for congressman.

The President encouraged voters in Pasig to elect Sotto to make sure that basic services in the city are well-delivered.

For those who do not know yet, Vico is a Christian. It is evident based on his words in past interviews.

“I think it’s really important for us to have leaders with the fear and love of God. It doesn’t mean that policy-making will be based [on it],” he said during an interview

He also revealed that he is still single and finding love in the midst of his plans for Pasig City is not his priority.

“I’m not going out of my way to find a girlfriend,” said the politician. “There are too many things that need to be done.”

There you have it: Things that you have to know about the “Millenial Mayor” of Pasig City. Well, let us wait how this young mayor of Pasig is going to make reforms and inspire more people in the City. 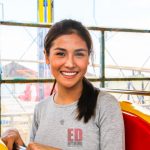 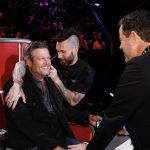