Here comes Arceus, the Alpha Pokémon. It is said that Arceus have shaped all there is in this world.​ In this adventure, you will explore and survey the Hisui region and become more involved with the leaders of the Diamond and Pearl Clans—eventually finding yourself drawn into the mysteries surrounding Arceus.​ Be alert because it seems that the secrets surrounding Arceus may be uncovered atop Mount Coronet, which towers above the Hisui region.

Above Mount Coronet’s peak, cracks have appeared in the sky, staining it an unnatural and foreboding hue. The people of the Hisui region call this phenomenon a “space-time rift,” and they fear it, not knowing what it truly portends. Yet it seems that the root cause behind its appearance might have something to do with a certain Pokémon.​

There is a magnificent temple atop Mount Coronet. Built in ancient times, it is filled with beautiful statues of Pokémon that have been blessed with special protection—including the noble Pokémon. Only those who can conquer the difficult path leading up the towering heights of the mountain may reach this temple. You’ll have to train and grow strong with your Pokémon if you hope to see it ​for yourself.​

You may check out the latest trailer for Pokémon Legends: Arceus at https://youtu.be/oaru16YPs98

It’s time to get excited over the evolutions of the three first partner Pokémon. Rowlet, Cyndaquil, and Oshawott are the three Pokémon you can choose from when selecting your first partner Pokémon. And as your partner grows stronger during your adventures together, it will eventually evolve. Rowlet evolves into Dartrix, Cyndaquil into Quilava, and Oshawott into Dewott. When Pokémon evolve, their appearance changes—and their stats improve, too, making these Pokémon even more reliable and heartening partners to have at your side!​

Dartrix is a bit of a dandy, and constantly preening its wings. It throws its knifelike feathers—known as blade quills—to pierce its enemies​ with precision.​

Quilava is fully covered by nonflammable fur that allows it to withstand any kind of fire attack. In battle, if it turns its back on its opponent, you know it’s about to attack with the fire on its back.​

Dewott never neglects to care for its scalchops. Each Dewott learns a different style for wielding its scalchops through its strict training.​

After Dartrix, Quilava, and Dewott grow strong enough, they’ll be able to evolve once more—and when these three evolve in the Hisui region, it seems that they evolve into forms never before seen!​

Discover them for yourself by adventuring together with these Pokémon!​

For more information and updates, please go to the official webpage, https://legends.pokemon.com/en-us/ 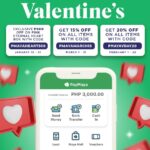