The Pokémon Company, together with ESL Gaming Asia, announced a special tournament showcase featuring idols from JKT48, BNK48, MNL48 and CGM48 and special invitationals for influencers of various regions to battle it out!

The Pokémon UNITE AKB48 Group Invitational will feature idols from the popular AKB48 group, mainly JKT48 from Jakarta, BNK48 from Bangkok, MNL48 from Manila, and CGM48 from Chiang Mai. Fourteen teams have been formed in total. Groups with more than 2 teams will compete in an internal qualifier.

Regional influencers battle it out in special invitationals

Popular influencers from across the region will battle it out on various popular Pokémon games happening from December 2021 till February 2022. Here are some important dates: Pokémon Trading Card Game Invitational on January 22, 2022, and Pokémon UNITE Invitational on February 5, 2022.

For fans who watch the Highlight Show, there are many giveaways in store. In the first giveaway, fans who make a TikTok video of themselves watching the Pokémon Battle Festival Asia Highlight Show and mention who their favorite Pokémon from the Pokémon Diamond & Pearl Animation Series, can stand a chance to win a Nintendo Switch™ and Pokémon Brilliant Diamond & Shining Pearl. Fans can watch Episode 1 at https://youtu.be/X_NIzXbtYU0

Stay tuned to the Highlight Show so they won’t miss future giveaways! For different regions, giveaways may vary.

On December 9, Remoat Stadium changed into a wintery look, holiday holowear and much more will also be available soon.

Tsareena and Dragonite joined the UNITE Battle on December 9 and on December 20, respectively! Also, players who log in between December 9 (after the update) and January 1, 2022, 9 a.m. will receive a free UNITE License for Tsareena.

Starting December 9, the Remoat Stadium had a fresh new look and different wild Pokémons will change as well. Articuno made an appearance at the Legend Pit. Get ready for a hot UNITE Battle amidst the ice and snow!

From January 1, 2022 at 8 a.m. until January 4, 2022 at 8 a.m., all Pokémon Trial Licenses will be valid for use, and all Pokémon, including the new Tsareena and Dragonite, will be playable in Standard and Quick Matches.

The holiday-style holowear for Pikachu, Dragonite, Blastoise, Mamoswine, Garchomp, and Gardevoir together with Crustle’s cake-style holowear that looks like a Christmas cake will be available.

From December 15 to January 16, 2022, trainers who complete daily missions and challenge missions not only get items, but also “Ray” too! Trainers will be able to collect holiday items depending on the amount of “Ray” gathered.

From December 24 to January 1, 2022, players will receive a daily gift. Moreover, if players log in during a certain period, they can choose several items out of the special gifts.

From December 24 to January 6, 2022, players will receive a “Snowflake” everytime they participate in a UNITE Battle. Collecting “Snowflakes” will reveal the hidden silhouettes in the photo and give players holiday items. Players should collect as many “Snowflakes” they can to complete their photo! 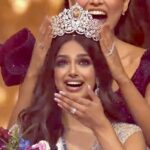 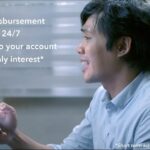