TAIPEI, May 19, 2020 /PRNewswire/ — Bigo Live, a global leading livestreaming platform and Razer, the world’s leading lifestyle brand for gamers are pleased to announce a virtual music festival – Cloud Clubbing: The Epic Marathon – for cloud clubbers on 23 May 2020 evening till the early morn on 24 May 2020, featuring an extensive line-up of DJs from the Asia-Pacific region. 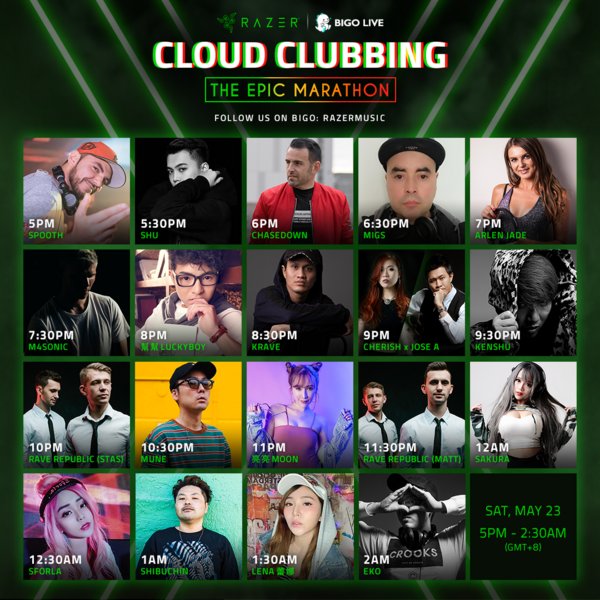 The Singapore unicorns have jointly curated a set of 19 DJs from Australia, New Zealand, Taiwan, Singapore and Japan, including major festival act and headliner Rave Republic, who was amongst the top 100 DJs in the world in 2019, having played in major music festivals in Asia, South America and Africa. Viewers can tune in to their favourite DJs’ streams from 5pm (GMT+8) till late to share in the revelries.

Fans can expect to get their groove on with the likes of popular homegrown DJs such as DJ LENA, DJ Liang Liang, DJ Bang Bang and DJ Weiwei as they deliver exciting spins live from their homes. Regular performer on Bigo Live DJ LENA said, "The recent months have been strange because many people have to stay home and cannot enjoy their favourite music at the nightclub with friends, especially those outside Taiwan. I am excited that Bigo Live and Razer are collaborating for Cloud Clubbing: The Epic Marathon. It is my pleasure to perform EDM mixes, which is what I love, for people all around the world."

Bigo Live and Razer’s highly popular cloud clubbing sets have been well-received by DJs and viewers globally who enjoy the digital interaction made possible by Bigo Live’s streams and in-stream chats, no matter where they are. The music festival is a natural progression to celebrate unity and encourage positive social contact.

Previous sessions brought enjoyment to over 1.3m online viewers in Southeast Asia alone. The first ever cloud clubbing experience down under also saw a viewership of 270,000 online partygoers.

Razer Gold, the largest independent virtual credit for games and entertainment in the world, provides an offline-to-online payment platform that acts as a touchpoint for consumers to connect. During the stream, partygoers are able to purchase Razer Gold and utilize it to send virtual gifts and stickers.

To enjoy the streams, please download Bigo Live, and refer to the following list for the full schedule and DJ IDs.

DJ LENA is a proud homegrown Taiwanese electronic music producer and DJ who has played for Taichung’s nightclub Xcube and many nation-wide festivals before. She learned her DJ skills from DJ Dusa, another popular Taiwanese DJ. LENA’s musical style leans towards various genres, including trap, dubstep, hip hop and house music, but what makes her mixes special is her incorporation of the electronic dance music style into her tracks, making for an ethereal sensory experience. 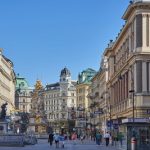 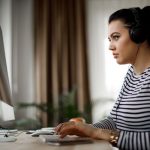