The earthquake was detected near the coast of Yamagata and was detected at a depth of 10 kilometers. The earthquake itself was measured at magnitude 6.8, or comparing it to the Japan Meteorological Agency’s own seismic scale, it was at the upper 6 level.

An earthquake in the upper 6 in JMA’s scale would mean it is impossible to stand, heavy furniture will move around, and structures that are not made to resist earthquakes will get damaged and may even collapse.

After the earthquake, a tsunami alert was issued afterwards. The alert has mentioned a tsunami that is 1 meter, or 3 feet, in height and alerted all the residents off of the coast of Yamagata and Niigata. The height may appear to be small but waves can grow in size depending on the distance between the epicenter and the coast.

Bullet train services that were near the area were stopped for preventive measure and more than 9,000 houses had no electricity, according to a report from Bloomberg.

The Kashiwazaki-Kariwa Nuclear Power Plant is located in Niigata but it was offline since the Fukushima Daiichi Power Plant disaster back in 2011. From the same report by Bloomberg, there were no reports of any damages with the power plants.

From the report made by Japan Times, operation of the Joetsu Shinkansen Line and Tohoku Shinkansen Line were stopped but services resumed Wednesday. At least 15 people were reported to be injured and there were reports of cracks on the road and a tunnel in Niigata had to be closed due to a landslide.

Earthquakes happen very often in Japan as it is also within the Pacific Ring of Fire. One of the biggest earthquakes that happened was back in March 11, 2011, where it was registered at magnitude 8.9, which also caused the Fukushima Daiichi Nuclear Power Plant disaster. We hope that the Japanese can push through with this and that everyone would stay safe.

Also read: A Bracelet That Will Shock You if You Eat Too Much is Sold on Amazon 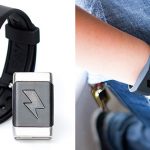 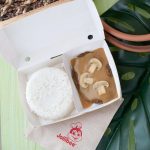