British Shorthair Cat really enjoys being near its owner, even if not in direct contact with them. They will sit nearby whenever you are lounging on your couch watching television or getting some work done on the computer at home.

The British Shorthair is the pedigreed version of the traditional British domestic cat, with a distinctively stocky body, dense coat, and broad face. The most familiar color variant is the “British Blue,” a solid grey-blue coat, orange eyes, and a medium-sized tail.

It is one of the most ancient cat breeds known. In modern times, it remains the most popular pedigreed breed in its native country, as registered by the UK’s Governing Council of the Cat Fancy (GCCF).

Even though the cats do not like to be picked up for long amounts of time, they will let you pet them and even let you rub their belly, which is rare among cats. It may be quite jarring the first time you try to pick up a British Shorthair, and it wriggles out of your grip, but don’t worry, they still love you. They just enjoy their space and want some control of where they are going.

The British Shorthair is a relatively powerful-looking large cat with a broad chest, strong thick-set legs with rounded paws, and a medium-length, blunt-tipped tail. The head is relatively large and rounded, with a short muzzle, broad cheeks (most noticeable in mature males, who tend to develop prominent jowls), and large round eyes that are deep coppery orange in the British Blue and otherwise vary in color depending on the coat. Their large ears are broad and widely set.

The British Blue variant can often be confused with the grey Scottish Fold. However, the Shorthair can be characterized by having its pointy triangle ears, whereas the Fold has softer, folded ears.

They are slow to mature compared to most cat breeds, reaching full physical development at approximately three years of age. Unusually among domestic cats, they are a noticeably sexually dimorphic breed, with males averaging 9–17 lb (4.1–7.7 kg) and females 7–12 lb (3.2–5.4 kg).

Purchasing a British Shorthair from a breeder may be quite expensive; however, they can be adopted for a much lower price. Playing with them is quite similar to playing with other cats. You can chase them around your house and then turn around and have them chase you.

You can take a ribbon and wave it around and have the cat try to catch it. You should put aside at least ten minutes out of your day to play with your cat to keep them entertained, especially if there are no other cats around for them to play with.

The British Shorthair is great for anyone who wants a companion that requires minimal attention a day. These cats show and receive love in a different way than most types of cats. Just being near you is enough for them to share affection.

If you are not the type of person that wants their cat running around their lap throughout the day, the British Shorthair is a great choice for you. 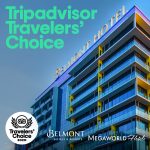 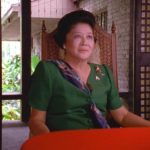