Privacy has always been an issue with the Internet and its users. Numerous stories and cases has been brought up regarding this, including numerous stories regarding how Facebook might have been using its users’ personal information, which is uploaded in their site.

Google is also of no exception. As the world’s largest search engine and owning numerous services like Gmail and YouTube, they own a lot of their users’ information and they can also use those to try to improve their services further, but one group saw that their private information may have been compromised and they are fighting back.

From an article in The Daily Mail, the group called Google You Owe Us, led by consumer advocate Richard Lloyd, looks to get at least £1 billion from the tech company as they believe they need to take responsibility for the misuse of users’ personal data. This is also after the recent ruling by the Court of Appeals regarding the case.

This case started with the believe that Google bypassed the privacy settings in every iPhone at least found in London from August 2011 until February 2012, and this may have affected the personal data of 4.4 million iPhone users during that time period.

The case was already filed back in May 2018 but it was denied by the High Court in England on October 2018. It was only recently that through the recent ruling by the Court of Appeals that the case can continue.

Google You Owe Us has their own website that you can fill up if you feel like you were also affected by the said privacy issue involving an iPhone. 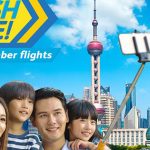 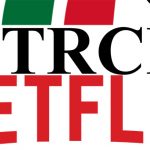