We usually hear inspiring stories. And, these stories create a big impact in our life.

A story of a young girl with only one leg who walks to school a total of 4 kilometers every single day so she could reach her dreams has recently gone viral on social media. And, a lot of people have been touched with her story.

Her name is Jean Arija Daipal. She is from Toboso, Negros Occidental.

In a post by Junar T. Mahilum, the school principal where Daipal recently graduated, he shared that the young girl needed to walk to school 2 kilometers from their house and another 2 kilometers going back home in the afternoon. She had to do it every single day of her life — in spite of her condition.

That did not stop her to dream big, however.

Mahilum went on saying that back when he was still the OIC/TIC of the school where Daipal studied, they decided to give the young girl and award because of the perseverance that she showed while studying.

Mahilum further said that he is mesmerized by the determination and perseverance of the young girl. He likewise said he is very proud of Daipal as she managed to graduate from elementary.

He believes that Daipal is a person that needs to be modeled by students across the country, especially those who come from poor families or those who are struggling with quite a few challenges.

Her wish, according to the principal, during her graduation was that she could be given an artificial leg so that she could walk like normal students in their place so to finish her studies.

It is interesting to note that the young girl’s dream is to become a doctor with an aim to help other people, especially those who also have disabilities.

Good news is that, through the principal’s post, a lot of people offered help to Daipal. In fact, some are offering to give her an artificial leg or a motorized wheelchair.

Indeed, Daipal is an inspiration to many. 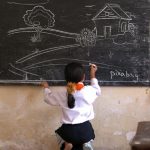 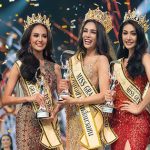