The Pokémon Company is pleased to present a special Pokémon Scarlet and Pokémon Violet video showcasing the newly-discovered Grafaiai!

You can now watch a special video showcasing the latest information about Pokémon Scarlet and Pokémon Violet on its official Pokémon YouTube channel by simply clicking this link: https://youtu.be/4JNQXfZac4k

On August 29, several photographs were released on the official Pokémon Twitter and Instagram accounts. The photos are said to be getting a lot of attention in the Paldea region, where Pokémon Scarlet and Pokémon Violet take place.

A certain photographer in Paldea supposedly took these photos, which feature mysterious patterns drawn on trees.

Why were these patterns drawn? Why are they garnering attention in the Paldea region? They seem to have tickled the imaginations of Pokémon Trainers worldwide.

It was found that the newly discovered Pokémon Grafaiai was the culprit behind the mysterious markings. A video offering a glimpse of Grafaiai has been released at youtu.be/XGGoIj9mb1s.

Grafaiai is a moody Pokémon with a fastidious disposition. It doesn’t form packs, preferring to roam alone. It’s constantly caught up in territorial struggles with other Pokémon.

This Pokémon specializes in using its poisonous saliva—which changes color depending on what the Pokémon eats—to attack foes by spitting at them or by slashing at them after coating its claws with the saliva. When a Grafaiai senses danger, its poison rapidly becomes concentrated, resulting in a potent toxin that, once absorbed, will immobilize a victim for three whole days.

It Sets Up Poison Traps around Its Territory

Grafaiai is nocturnal. Once the sun sets, it licks its hands and fingers to cover them in poison, then uses them to draw patterns on the trees in its territory. The poisonous saliva it uses to paint paralyzes Bug Pokémon, which is drawn to the saliva’s sweet, fragrant scent. When dawn draws near, Grafaiai goes to collect any incapacitated prey.

For more information, please go to their official webpage at https://scarletviolet.pokemon.com/en-us/

Read: Arceus: the enigmatic Pokémon that holds the key to the story​ is here! 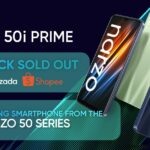