On the morning of January 26, 2020, news from TMZ, a famous tabloid news site in the United States, had first posted of the news of Kobe Bryant’s passing. It was first thought of as “fake news” but other sources has confirmed it. He was 41 years old.

Bryant, along with nine others, including his 13-year-old daughter Gianna, were on their way to a basketball game using his private helicopter. It was reported that on the morning of their flight, the area was foggy and the helicopter encountered unfavorable weather conditions. Additional information from eyewitness accounts has also said that they saw the helicopter’s engines malfunctioning before the crash. Nine were confirmed dead, including Orange Coast College baseball coach John Altobelli.

Kobe Bryant is considered as one of the greatest basketball players in the NBA. He has lead the Los Angeles Lakers to winning the championship multiple times, with him and Shaquille O’Neal from 2000 to 2002, and even after O’Neal was traded off to Miami Heat. He also became the youngest player in the NBA to have gotten 30,000 points in his entire career. Kobe retired from the NBA after the 2016 season.

Kobe Bryant’s last Tweet was to congratulate LeBron James, who has surpassed his record of 33,644 career points. Fans and netizens all have grieved of the loss. 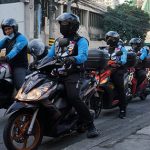 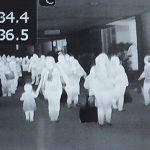