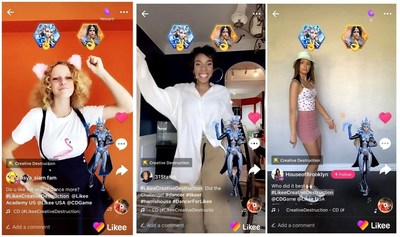 LIKEE AND CREATIVE DESTRUCTION TURN UP FOR ONLINE CHALLENGE IN U.S. WITH INFLUENCERS DAINA LACHANCE, OFFICIALLY.LIVIA, HOUSEOFBROOKLYN AND STEFANIALILY

Creative Destruction, developed by NetEase Games, is a feature-packed Survival Party Game that combines Battle Royale with constructive concepts. Available on iOS and Android, Creative Destruction has been downloaded more than 40 million times worldwide and is a top-ranked game in over 54 countries.

"Our audience loves to get creative with video game brands and game-play assets," said Mike Ong, spokesperson at Likee. "We’re also helping partners like Creative Destruction reach new audiences by creating fun and engaging challenges that can go viral across our platform. We’re excited to do more of this in the United States market."

Likee launched into the U.S. market in March 2020. The app has been gaining popularity worldwide over the last three years since launching in 2017 and now reaches over 115.3 million monthly active users. It has also been recognized as the "No. 1 Breakout App" in 2019 by App Annie and as the 4th Most Downloaded App Worldwide by Sensor Tower (January 2020).

With a variety of initiatives in different countries, Likee has emerged as a responsible global platform in the wake of the COVID-19 outbreak. The Russian Federal Agency for Youth Affair issued a letter to Likee for driving challenge #I’mStayingHome, which accumulated more than 30 million views. In India, Likee collaborated with legendary cricketer Yuvraj Singh-backed Healthians, doctors and nutritionists associated interacted with Likers and answered all their queries. In Indonesia, Likee Live Health Clinic offered free online consultation, doctors and nurses taught people how to correctly wash their hands and protect themselves. 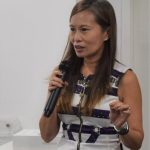 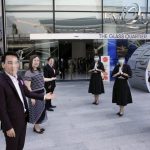