Hot on the heels of the controversial feud among Barretto sisters that has recently made rounds on the web, Gretchen Barretto has pushed out the malicious pictures of her sister, Marjorie Barretto, via the social networking site Instagram.

The said feud among the three sisters has been the talk of the town. This was after the three allegedly made a scene at the wake of their father. And, the said tension, has been said to have happened in front of President Rodrigo Duterte.

Allegedly, Claudine had a physical confrontation against Marjorie, according to rumors.

But, not so long ago, Gretchen published photos of Marjorie that are scandalous. It can be remembered that back in 2013, the said photos went viral on social media.

Judging from the posted photos, it seems like the woman is Marjorie’s look-a-like. The woman on these photos seems smiling while in an intimate setting. However, way back 2013, Marjorie denied that she is that woman on these scandalous pictures.

Of course, people have different reactions concerning the said issue.

Netizen Reno Gomez, in the meantime, suggests that the siblings should fix things up and should reconcile since they are a family.

“Why not fix things up and be a family again just for the sake and in the peace of thier father’s death,” says Gomez.

Netizen VY Brave has also share his insights regarding the said issue. 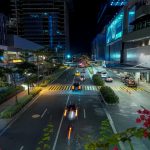 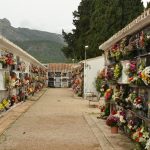