Starting on Nov. 11, the opening hour of all malls in Metro Manila during weekdays starts at 11 a.m.

This is after the Metropolitan Manila Development Authority (MMDA) pushed out a directive to mall owners in the metro to move their opening hour in anticipation to the increase of vehicles and shoppers during the Christmas season.

In an interview, Jojo Garcia, the general manager of MMDA, said that the action would help remove 3,000 cars and about 200,000 mall employees from the streets from 8 through 9 a.m. or the so-called morning rush hour.

The above numbers is said to be half of the average traffic per hour.

This directive applies to over 100 malls in the entire metropolis.

Garcia said that the goal of this policy is to help employees a good headstart.

“Our goal is to give the 9 a.m. to 5 p.m. employees a headstart to help move people,” said Garcia.

It can be remembered that the MMDA also released the same policy in the previous years. However, this was only applicable to malls that are situated on EDSA.

Moreover, malls are also directed not to hold sales during weekdays as well as to bar “colorum” public utility vehicles from using terminals in their vicinity in picking up or dropping off passengers.

On top of that, he also said he would not stop the Department of Public Works and Highways the moment it decides to close major highways and roads on holidays.

Previously, the MMDA also said that the average daily traffic of vehicles that traverse EDSA come December is around 420,000.

What do you think about this news? Do you think the MMDA’s decision to move the opening hour of all malls in Metro Manila is just right? Sound off in the comments section below. 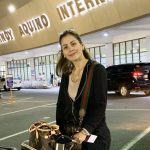 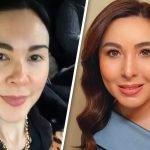