ABS-CBN actress Bea Alonzo has got a new ally in Julia Barretto’s clan — this time Claudine Barretto. After Gretchen, Claudine shows support to Bea based on her comments posted on IG.

Claudine has also recently commented to Bea’s cryptic post about cheating telling Bea that many loves her.

“You are loved. Sending u my luv & Hugs,” Claudine commented on Bea’s post.

“I’m sorry. I forgot I only exist when you need something,” the quote said.

“I’m Done! I can only do and take so much,” Claudine captioned the post.

Gretchen Barretto, who also showed support to Bea even sending her flowers, commented on Claudine’s post.

“Correct. Do not allow others to abuse your kindness. Is it the mother-daughter team,” Gretchen commented.

“I thank God I have you,” Claudine replied to his sister.

Last March, Gretchen, and Claudine criticized their niece Dani Barretto for making it sound like she only raised by her mother Marjorie.

“Minahal ko si Dani. I thought I was her second mother and when she called me mama, sineryoso ko iyon. So parang nung sinabi niya na, ‘My mama was the only one there for me, who raised me,’ ano ako? Multo? Ano si Claudine? Multo?,” Gretchen said in her Instagram live video.

Speculations started last week as Bea posted a cryptic message to her Instagram post about cheating. Bea also liked an Instagram post of a netizen showing Bea’s boyfriend hanging out with his “Between Maybe” co-star Julia at a birthday party of Rayver Cruz.

However, in an interview to ABS-CBN, Bea said she and Gerald are not formally broke up.

“To my understanding we did not break up. He just started not talking to me,” Bea said. 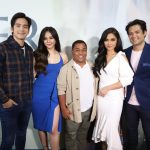 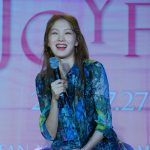