Korean pop music, or K-Pop, is still very popular in the country, with lots of fans liking different groups, and numerous groups and artists visiting the country and holding concerts as well. One of the favorite groups that became popular recently is the girl group called Momoland.

The group Momoland started from a reality show called Finding Momoland, and originally consisted of seven members, with a new member added afterwards that came from one of the eliminated contestants from Produce 101.

In the Philippines, the group became famous because of their catchy song “Bboom Bboom,” which became known almost everywhere and is played in almost every radio station. The group also was able to visit the Philippines, and was known to have been invited by Chavit Singson. Other celebrities like Manny Pacquiao was able to personally meet the group. One of their members, Nancy, will also appear in a local TV drama series, alongside James Reid.

News started circulating recently that two members Momoland will be leaving. From an article posted in Manila Bulletin, members Taeha and Yeonwoo were in talks with their agency in regards to their careers moving forward.

Taeha has decided to start a new career once her contract ends with Momoland and MLD Entertainment. Yeonwoo has then decided that, despite her love of the group, she will be pursuing her acting career.

A third member, Daisy, is also looking into leaving the group, but as of the moment, negotiations is still ongoing. If Daisy is to leave, the group will be reformatted into a six-member group, instead of trying to find replacement members.

It would also be noted that Taeha and Daisy are not included in the “Show Me” album, which the group has released March 2019.

Also read: Momoland to Hold a Concert, All Earnings Will Go to Charity 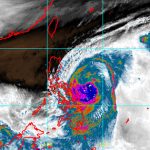 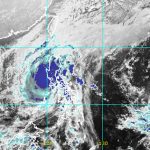