Manila, Philippines – Famous Vlogger, and Youtuber Lloyd Cadena have died at age 26. This sad news was released on his official Facebook page on Friday, September 4.

Lloyd Cadena is one of the most popular vloggers in the country, 5.29 million subscribers on YouTube, and over 6.5 million followers on his Facebook Page.

“It is with a heavy heart and great sadness that we announce the untimely demise of our beloved brother Lloyd Cafe Cadena,” “May he be remembered for all the joy and laughter he shared with everyone. My family and I ask for your prayers, respect, and privacy during this time.”

Lloyd Cafe Cadena was a Filipino vlogger, meme creator, book author, and former radio DJ. He was one of the most popular YouTube stars from the Philippines, amassing over 5 million subscribers on the platform at his death.

According to Philippine Daily Inquirer, the relatives of Lloyd confirmed that he got infected with the latest coronavirus strain before he suffered a fatal heart attack.

Lloyd was confined at a hospital last Sept. 1 after having a high fever and dry cough — both COVID-19 symptoms.

Lloyd Cadena’s remains were cremated Saturday, and his ashes were in the Cavite family house.

There are simply no words to express our heartfelt thanks for the prayers and sympathy you have extended to our family during this time of loss.

Lloyd was confined in the hospital on September 1 due to high fever and dry cough. He was tested for COVID-19 on the same day which the result came out positive on September 3. As soon as the result of his swab test came out, our family, including BNT immediately isolated themselves. His vitals were okay and had no complaints. On September 4, 5am he was seen by the staff unresponsive and pale looking. As informed by the doctor, he suffered a heart attack while asleep. He was cremated yesterday and his remains is in our house in Cavite in the meantime.

All expressions of sympathy, including flowers and cards are welcome. You may send them to our address at #14 Scarah, Kaingin Rd., Brgy. Sto. Niño, Parañaque City. – Cadena Family

Also read: Dive deep into the Filipino culture through the eyes of rising Filipino filmmakers via “Cinemalaya 2020” on TFC Online 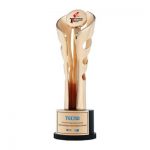 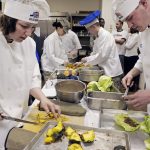