For the longest time, people has fantasized about outer space. With the first man that has traveled in space, to the Moon landing, and the frequent space news, it almost always gets everyone’s attention. There are numerous space agencies out there, from the United States’ NASA, to Japan’s JAXA, all of which specialize with space studies. It should be fitting then that the Philippines should try to “reach high,” so to speak.

In an article by PhilStar, it was said that the Department of Science and Technology (DOST) is encouraging students to take a career with space technology. Some universities like the University of the Philippines in Diliman is opening courses related to aerospace engineering.

It was also mentioned that the aerospace engineering program was developed after the successful development and launch of the Diwata 1 and 2 microsatellites that were launched on 2016 and 2017.

It was also mentioned that they want space technology and applications accessible to Filipinos, specially once the Philippine Space Agency, or PhilSA, is established.

Communication can be useful since the country is made up of different island, satellites can be used for a broader connection. Imagery, meanwhile, would help in regards to recognizing weather patterns and conditions around the country.

The good news is the Philippine Space Act was already ratified by the Congress on June 4, and has been sent to Malacañang on July 9. If the President does not sign it himself or veto it, the Act will lapse into law on August 8. 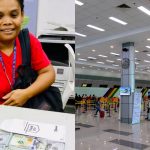 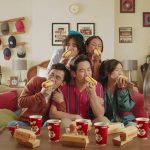