Playing video games has become more than just a hobby nowadays. It is now a source of entertainment when it comes to visuals, story telling, and of course, the way the game plays. Big titles emerge and some games come out with a large fanfare, but none can be considered the best game of the year. None yet.

The Game Awards is an event where everything related to video games is celebrated. Produced and hosted by Geoff Keighley, it was first launched back in 2014, and has been held on a yearly basis. This year would be its sixth year.

Held on December 12, 2019 at the Microsoft Theater in Los Angeles, California, there were many predictions going round, with gamers heavily betting on either Death Stranding by Kojima Productions or Resident Evil 2 Remake by Capcom getting the Game of the Year.

At the end of it all, as it was presented by Michelle Rodriguez and Vin Diesel, it was Sekiro: Shadows Die Twice by From Software that was able to get the coveted Game of the Year Award.

Death Stranding still was able to win a few awards awards: Best Score and Music, Best Performance with Mads Mikkelsen, who played Cliff in the game, and Best Direction with its game director Hideo Kojima.

Here are the list of winners for this year’s Game Awards:

There have been a few announcements during the event including world premieres of upcoming video games, but one of the biggest announcements was the reveal of the next-gen console coming from Microsoft, which is the Xbox Series X. It is said that the console will be able to render games at 4K resolution at 60 frames per second, and ray tracing will be included. An upcoming game for the console, Senua’s Saga: Hellblade II was also premiered, and the trailer was done with real-time rendering from the Xbox Series X. 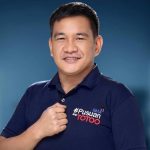 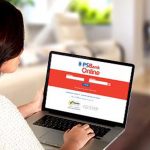