Manila, Philippines – A person on TV will always give an impact to their viewers, regardless if they are actors or even newscasters. Newscasters in particular can become popular or notorious, depending on how they deliver themselves everyday to the audience. One of them is Cesar Apolinario.

Cesar has been one of the popular reporters from GMA 7, and usually being on site on where the news is for his reports on segments such as 24 Oras and Saksi. He is also active with other shows such as Reporter’s Notebook and iJuander. Unknown to most, he is also a film director, having directed films such as Banal and Dance of the Steel Bars.

On the morning of December 13, 2019, rumors had started spreading that Cesar has passed away. It was then said that he was suffering from lymphoma and his condition became critical on December 11, 2019. It was also mentioned that he was diagnosed with this disease just August of 2019.

Lymphoma is a type of cancer that attacks lymphocytes, or the cells that fight infection that is found in the immune system. When one has lymphoma, the body becomes out of control with how much lymphocytes it produces.

News of Cesar’s passing were confirmed with a Tweet from his friend and former newscaster Steve Dailisan. “Rest in PEACE, mentor and colleague @CesarApolinario. No more pain just LOVE and lasting happiness in the arms of God,” he said.

Our condolences to his family and loved ones. 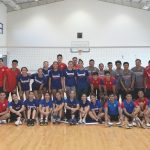 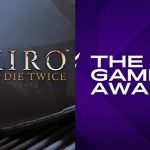