Everyone that uses a computer knows that typing the same word over and over again, or transferring images and files can be tedious. With that, all operating systems, whether it is Windows, Mac OS, or even Linux, has the cut, copy, and paste functions.

Cut allows the moving of a file from one place to another, while Copy makes a duplicate of the said file. Paste is the function that completes the transfer. This function is credited to one man, Larry Tesler, who unfortunately has passed away on February 17, 2020. He was 74 years old.

Tesler’s name might not be as popular as other personalities like Bill Gates and Steve Jobs, but his contribution has impacted the computer world greatly.

Born in 1945, he went on to study computer science in Stanford University. From an article in Gozmodo, it was said that he joined Xerox’s Palto Alto Research Center in 1973, and this is where he, along with Tim Mott, was able to develop the user interface called Gypsy, which greatly took advantage of the use of the mouse. It is also here that he developed the Cut, Copy, and Paste function, which allowed them to easily remove, move, and place text anywhere.

After his work with Xerox, he joined Apple for a number of projects, and then after that he founded Stagecast Software, whose goal is to help kids learn programming. He then went and joined Amazon in 2001, and then Yahoo.

From a function that Tesler developed back in 1970’s, it has greatly helped all computer users up to this day. His name may not be as famous compared to others, but his legacy will live on.

Also read: Kobe Bryant Has Passed Away, Died From a Helicopter Crash 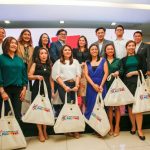 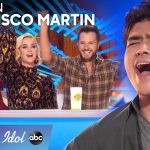