BANGKOK, Thailand — Another Filipino boxer broke the record for having the fastest one-punch knockout during his most recent fight against Sarawut Jiamthong in Thailand. It only took 7 seconds for him to earn the ASEAN Boxing Federation (ABF) flyweight belt title.

Soon after the bell rang, Fajardo threw a couple of jabs and landed a powerful left hook that dropped Jiamthong on his back.

Miel Fajardo, also known as the silent assassin, just proved that Filipinos are really talented when it comes to boxing. After his victory, he has a record of (10-1-2, 9 KO’s). Fajardo made his professional debut on 05 Nov 2016 at the age of 16. He is in the light flyweight division; he fights in the orthodox stance.

Miel is currently being trained in Sampaloc Manila by his coach Ericson Asilo of Sampaloc, and his Filipino-American Monte Flores is managing his professional boxing career.

He won all five overseas fights, and that’s another fantastic feat. In his most recent fight in Bangkok, Thailand, he faced Sarawut Jiamthong, a 23-year-old boxer with an impressive seven KO’s in seven wins.

The fight was held at the luxurious SpacePlus Night Club in Bangkok, Thailand. The 22-year-old boxer was born in Agusan del Sur, and with his impressive wins, he will shine more in the coming years. 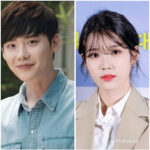 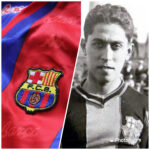