In 2021, the Philippine Olympic Committee honored a new batch of athletes in the Philippine Sports Hall of Fame. The list included Philippine Basketball Association legend Robert Jaworski, Olympic medalist boxers Leopoldo Serrantes and Roel Velasco, Olympic bowler Arianne Cerdeña, and the first Filipino to play in a European football club, Paulino Alcántara. The induction is a fitting recognition of the Philippines to Alcántara as FC Barcelona acknowledges him as one of their “Legends.”

Noted for his impressive work ethic and magnetic charisma, Paulino Alcantara was one of FC Barcelona’s first superstars in his Barça shirt and a white handkerchief tucked in Bermuda shorts. He made his debut for FC Barcelona at age 15, making him the first Filipino and Asian to play in a European football club and the youngest to play for FC Barcelona, where he scored his first hat trick. Alcántara, who played forward for FC Barcelona, accomplished several milestones for the club, including being the top scorer with 395 goals in 399 matches. He achieved these records decades before Argentine striker Lionel Messi joined the club and overtook him as Barcelona’s leading scorer in 2014.

He was nicknamed “The Net Buster” after an iconic match between Spain and France and was the first football player to write and publish a memoir. In 2007, he was lauded by FIFA as the best Asian player of all time as he was vital to building and shaping the club’s “first golden era,”; and in 2001, the Philippine Olympic Committee inducted Alcántara into the Philippine Sports Hall of Fame. He died of aplastic anemia in 1964 in Barcelona at age 67.

Life in the Philippines

Paulino Alcántara was born to a Filipino mother and a Spanish military officer father in October 1896 in Iloilo City, Philippines. Amid the turbulent 1896 Philippine Revolution, Alcántara, at three years old, and his family moved to Barcelona. Around the same time that Alcántara was born, FC Barcelona was being established.

Alcántara would not be moving back to the Philippines until 1916, where he continued his medical studies and football career. During his stay in his hometown, the country was in a state of transition toward political independence.

Before Paulino Alcántara became the legend he is known today; he was just a student at a local school who stumbled upon a football match at Campo de la calle Indústria with his friends.

He was chosen by Joan Gamper himself and made his debut at the age of 15 at a time when FC Barcelona had never seen a Filipino or Asian player before. When Alcántara played in a match against Català FC, Alcántara became the first Filipino and Asian to play in a European football club and the youngest player (at 15 years, four months, and 18 days) to play and score for FC Barcelona. With the first three goals scored by Paulino Alcántara himself, the club beat Català FC 9-0. From there on, Alcántara would win major titles, such as the 1913 and 1916 league titles and the 1913 Copa del Rey.

His return to the Philippines in 1916 left FC Barcelona with no wins. Despite the club’s insistence that he return to Barcelona to play, Alcántara’s parents wanted him to focus on his studies. When he contracted Malaria, Alcántara refused to receive treatment unless he could return to Spain. Upon his recovery from Malaria and return to FC Barcelona, Alcántara brought several wins for the football club.

An iconic goal that Alcántara scored was the famous “police goal.” In a match against Real Sociedad, his powerful shot was met by police on the way to the goal net. The ball and the police ended up in the goal net, hence the name. Another of his most recognized games was the 1922 friendly match between Spain and France. Alcántara shot the ball 30 yards away with so much strength during the game that it ripped the goal net open. Since then, he was nicknamed the “El Rompe Redes,” “Trencaxarxes,” or “The Net Buster.”

Throughout his football career, Paulino Alcántara was part of the club that won the Spanish championship five times and the Catalan championship ten times. In July 1927, at 31, Alcántara hung up his cleats and retired to become a doctor. The football legend received a fitting tribute from the FC Barcelona fans at the Les Corts grounds. He then returned to FC Barcelona as a club director between 1931-1934.

Paulino Alcántara’s legacy is vital to the Philippine football scene and upcoming athletes of other sports. Paulino Alcántara is a true sportsman worthy of emulation after the barriers he broke and the accomplishments he cemented in different countries.

Alcántara’s recent enshrinement to the Philippine Sports Hall of Fame and recognition of his achievements in Barcelona give the sport a boost of popularity in the country. Additionally, the Philippines Football League held its first premier cup competition in Alcántara’s name, Copa Paulino Alcántara, in 2018. However, the COVID-19 pandemic forced the competition’s cancellation of the 2020 and 2021 seasons. This did not deter the Philippine Football Federation, and they remain confident that Alcántara’s name will become more recognized in the country.

Read: This Filipino Boxer Knocked Out his Thai KO Artist opponent in 7 seconds 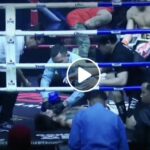 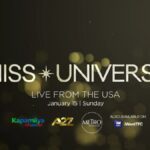