Ahron Villena: Is He Gay or Not?

The Filipino actor-model Roche Ahron Vilena aka Ahron Villena is yet in another controversy after his controversy with comedienne Kakai Bautista. Rumors that he’s gay which started last 2014 are starting to spread like wildfire again.

In 2014, entertainment writer Ogie Diaz revealed in a blind item that there’s an actor hiding his gay identity. This actor used to date a ramp model that he met at a party. However, the said actor has not confirmed his gender orientation or preference.

A lot of people think that the reason why Ahron “friendzoned” Bautista is because of his gender preference. The two were rumored to be exclusively dating when they shared some snaps together.

Early this year, Villena spent the holidays in Europe. Although everyone thought that he is on a solo trip, KAMI revealed that he is enjoying the trip with his rumored boyfriend.

Villena posted photos of himself during his trip. Even if the photos were just of himself, it was later revealed that he’s with a friend named Kris. Kris’ Instagram account is filled with photos from the same place where Villena went.

The actor is now taking a lighter approach with the unending gay rumors being thrown at him. When he spoke to PEP recently, he confirmed that the days of letting himself be affected by the false accusations is long due. He’s simply laughing it off. 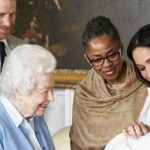 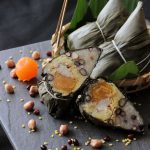