Manila, Philippines – EDSA is the busiest road in Metro Manila. Major bus routes take this road, and most establishments and malls are along it as well. The MRT line also runs along EDSA. During rush hour, the flow of traffic comes at a standstill and you’d think that it is a huge parking lot. Vendors and, in some cases, beggars, take advantage of the situation and approach the vehicles without the fear of being run over.

In one unfortunate case, there was a particular beggar that was too demanding. In a Facebook post by Mane Teodoro, she showed her dashcam clip when she was driving along Guadalupe on the northbound route.

The beggar was sitting at the middle, along where the MRT line was. He approached Mane’s car, and then stood in front of it, his hand out asking for alms. When Mane didn’t respond, the beggar threatened to throw a rock at her car’s windshield.

The beggar then moved to the driver’s side of the car. From Mane’s account, she wanted to give some coins to the beggar, but he was asking for P100. He also tried to put his hand inside the car but Mane closed the window to pin it before he can grab anything inside, and the beggar proceeded to hit the windshield with the rock twice before they can get away.

They tried to find anyone that they can report the beggar to, and they found MMDA officers near SM Megamall. A few minutes later, there was another driver that gave the same story regarding the beggar.

This story was covered by a number of pages in Facebook, including James Deakin. In his post, he also showed a screenshot of a message that he received. The message said that they also encountered the same person and he was caught, but while filing a report, the authorities said the person was insane and they can’t keep him in prison for more than a few days. James is also now encouraging car owners to get a dashcam in order to protect themselves, as he can’t imagine what could have happened if Mane didn’t have one.

It appears that the beggar most likely targets lady drivers. We’re glad that no one was injured with the encounter, but hopefully this can be addressed as soon as possible since a person like that beggar will hurt other people if you are not careful. 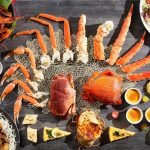 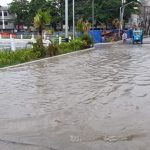