HONG KONG, March 12, 2020,/PRNewswire/ — Vietnam has one of the most dynamic economies in the region. This month, on ‘Growing Vietnam’, CNN meets the entrepreneurs and innovators who are helping drive the country’s robust growth. From tech to cosmetics, from coffee to sustainable fashion, CNN discovers how this Southeast Asian country is transforming and welcoming a new era of rapid economic development.

Highlights of the 30-minute program include:

Young Vietnamese entrepreneurs are building a vibrant tech ecosystem across the country by tapping into a highly skilled talent pool and growing internet and smartphone usage. CNN meets two people leading the way: the CEO of one of Vietnam’s biggest tech companies, VNG, and the founder of Appota, a rising star in Vietnam’s tech scene.

Vietnam is one of the fastest growing beer markets in the world. Saigon Beer was first poured in the 1870s and now its brewer, Sabeco, says innovation and technology will give the company an advantage in the market. Not only is it facing increasing competition from local craft breweries but major foreign rivals are also leaving their mark.

Some of the most iconic Western clothing and shoe brands are made in Vietnam. But because textiles are a major contributor to CO2 emissions, some sustainable factories in Vietnam, like the Deutsche Bekleidungswerke garments manufacturing center, are hoping Vietnam can become a global leader of greener and cleaner fashion.

CNN’s portfolio of news and information services is available in seven different languages across all major TV, digital and mobile platforms, reaching more than 475 million households around the globe. CNN International is the number one international TV news channel according to all major media surveys across Europe, the Middle East and Africa, the Asia Pacific region, and Latin America and has a US presence that includes CNNgo. CNN Digital is a leading network for online news, mobile news and social media. CNN is at the forefront of digital innovation and continues to invest heavily in expanding its digital global footprint, with a suite of award-winning digital properties and a range of strategic content partnerships, commercialised through a strong data-driven understanding of audience behaviours. CNN has won multiple prestigious awards around the world for its journalism. Around 1,000 hours of long-form series, documentaries and specials are produced every year by CNNI’s non-news programming division. CNN has 36 editorial offices and more than 1,100 affiliates worldwide through CNN Newsource. CNN International is a WarnerMedia company. 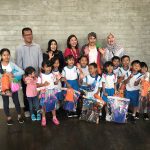 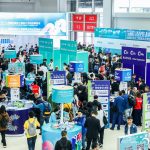