Four Best Universities in the Philippines are included in the list of World’s Top Universities for the Year 2020.

Just recently, the Quacquarelli Symonds (QS) World University Rankings for 2020 has been released.

Holding the top spot for the Philippines is the University of the Philippines (UP). It is now seated at the 356th spot out of 1,000 universities across the globe. For this year, UP jumped 28 notches as opposed to its last year’s ranking.

In the meantime, Ateneo de Manila University (ADMU) is still deemed the second best university in the country after climbing in the international rankings. From 651-700th spot a year ago, it is now seated in 601-650th.

De La Salle University (DLSU) along with University of Santo Tomas (UST) remained on their previous position, which is at the 801-1000th spot.

Top Universities of the World

In Asia, the top university is located in Singapore — Nanyang Technological University (NTU). Previously, it was the National University of Singapore (NUS) that grabbed the top rank in Asia. The third spot was claimed by the Tsinghua University. The fourth and fifth spots were given to Peking University and the University of Tokyo.

In related news, UP was also named the top university in the Philippines in the January 2019 edition of Webometrics Ranking of World Universities. De La Salle University (DLSU), in the meantime, grabbed the second spot. Ranked third was the Ateneo de Manila University.

Also read: Poor Farmer who Sold Everything to Pay His Son’s Education Finally Sees Him Graduate from University 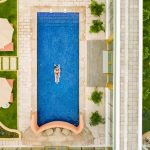 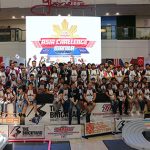