A Pakistani politician had a major blunder on his political career after his team had accidentally turned on the cat filter during his press conference broadcasted on Facebook Live.

The online video of regional minister Shaukat Yousafzai speaking with journalists went viral after members of his social media team accidentally activated the filter on the social network.

The video, which is uploaded on the official Facebook page of Pakistan Tehreek-e-Insaf (PTI) party, is now deleted but screenshot images of the blunder are uploaded in different social media sites.

Yousafzai confirmed the incident and told Agence France Presse that it happened by accident.

“The cat filter was turned on by mistake. Let’s not take everything so seriously,” Yousafzai said.

“I wasn’t the only one – two officials sitting along me were also hit by the cat filter,” he added.

According to the press statement issued by the PTI social media team, the incident happened because of “human error.”

“All necessary actions have been taken to avoid such incidents in future,” it said.

Netizens took to Twitter to give comments on the incident recommending other users to view the photos for a good laugh.

“For those looking for a diversion from the gravity of everything else happening around the world at the moment — I recommend this article, on how the Pakistani government accidentally live streamed a hearing with a cat face filter enabled,” a Twitter user posted.

“So this happened today when PTI’s SM team forgot to turn off the cat filter while live streaming a press conference on Facebook. @SAYousafzaiPTI looks kinda cute,” another user posted.

“A press conference called by a Pakistani minister soon turned into a ‘comedy of errors’ after the person running its live broadcast on Facebook accidentally activated the cat filters, a media report said on Saturday,” another Twitter user commented

A press conference called by a Pakistani minister soon turned into a ‘comedy of errors’ after the person running its live broadcast on Facebook accidentally activated the cat filter, a media report said on Saturday.

What can you say about this? Please feel free to share your comments below. 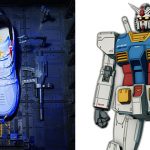 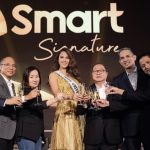