Filipinos love sports. Most would be a fan of either basketball or boxing or both. The Philippines has produced numerous champions for the sport of boxing and a lot of aspiring athletes are following in their steps as well.

Manny Pacquiao is one of the most famous boxers to date. Dubbed as “The People’s Champion,” he has brought honor to the country multiple times, defending both his name and the country against different opponents.

Whenever Pacquiao has a fight, the whole Philippines would appear to come at a standstill as everyone would be watching the match.

Keith Thurman is an American professional boxer. He has held multiple boxing titles under his belt and was also given the nickname “One Time” as he is famous for his strong punches. He is also considered as one of the hardest punches in his division. He is currently undefeated, with 29 wins, 22 of which came from a knockout.

The Manny Pacquiao vs. Keith Thurman fight will happen on July 20, 2019 (July 21, 2019, in the Philippines) with the WBA (Super) Welterweight Championship at stake.

Their most anticipated fight is scheduled for 12 rounds, but there are different predictions from the two camps regarding what the outcome will be.

In an article from CBS Sports, Thurman was quoted that he wants to end the match with a knockout and to prove to everyone why he was given the nickname “One Time.” Pacquiao responded that he doesn’t hold any personal grudges against Thurman and he is looking forward to their match.

It is Thurman’s power against Pacquiao’s speed and all predictions are coming up as an even match. We hope that they have a good, clean fight, and may the best man win.

UPDATE: Manny Pacquiao won the fight against Keith Thurman after 12 rounds of boxing, via split decision.

During Round 1, Pacquiao landed a right hook which led to Thurman’s knockdown, and that greatly helped his standing in the match.

In a follow-up article from CBS Sports, Pacquiao was quoted to say that he did what he could in the match and that he may have just been blessed that night. Thurman gave a lot of respect to Pacquiao and despite the conditioning that he had, he was still far behind The People’s Champion. He also said he would be open for a possibility of a rematch. 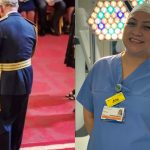 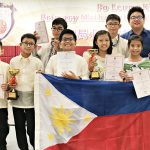