The Miss Universe is perhaps the world’s most recognizable international beauty pageant. The first Miss Universe was held in Long Beach, California, in the 1950s, first televised in 1955, and originally hosted by John Charles Daly from 1955 to 1966, before Bob Barker took over from 1967 to 1987. Since then, the beauty pageant has broken geographical and racial barriers and continues to be diverse and inclusive. At the Miss Universe 2018 pageant, the first transgender woman was allowed to compete. For the upcoming Miss Universe 2023, the organization will allow mothers and married women to compete.

Ivana is a 21-year-old professional model and has represented Guatemala as Miss Grand Guatemala 2020 at the Miss Grand International 2020 in Bangkok, Thailand, placing second runner-up to Abena Appiah. She co-founded IB Model Agency which trains and manages aspiring models. On June 03, 2022, she was crowned by her predecessor, Miss Universe Guatemala 2021, Dania Guevara Morfín.

Mia has traveled worldwide, is fluent in English, Portuguese, Spanish, French, and Chinese, and was even crowned Miss Dubai 2012. She graduated with a Bachelor’s degree in Broadcast Journalism and Socioeconomics from New York University, studied image consulting at the Fashion Institute of Technology, and acted at the New York Film Academy. On July 19, 2022, she represented the State of Espírito Santo and was crowned Miss Universe Brazil 2022.

Sofia Nieves Depassier will represent Chile as Miss Universe Chile 2022 at the 71st Miss Universe. Sofia is a professional model, an actress, and a beautician born in Santiago de Chile before migrating to the United States at a young age. In 2020, she competed in Miss Universe Chile 2020. She also participated in the Miss Teen South Florida 2004 and won Miss Photogenic.

Gabriela Dos Santos will be representing Curaçao as Miss Universe Curaçao 2022 at the 71st Miss Universe. The 20-year-old stunner advocates for women’s empowerment, stating, “Miss Curaçao is a woman who is inspiring, motivated and a woman who leads, someone who serves in a community and inspires people to not only believe in themselves but also chase their wildest dreams.”

Manita is an Accounting and Finance graduate from the CamEd Business School in Phnom Penh and speaks Khmer, French, and English. In 2016, the 23-year-old Khmer-French beauty queen represented Cambodia as Miss Tourism Cambodia 2015 at the Miss Tourism Metropolitan International 2016.

Amanda is a 22-year-old model who was crowned Miss Venezuela 2021 on October 28, 2021. She is the co-founder of Reborn the Brand, where she held her first show as a fashion designer in November 2021. She works as a Creative Director for Made in Petare, a fashion accessory brand created to financially support the “Un Par Por Un Sueño,” which carries recreational activities to feed thousands of children in Petare and offers training to mothers to support their families financially.

Alessia is a 24-year-old fashion model who appeared on the cover of the July 2018 edition of COSAS Peru magazine and the February 2021 edition of the Asia Sur magazine. She comes from a family of celebrities, including her mother, aunts, and uncles, all actors.

Angel is a 27-year-old private banker and conservationist from Nassau who graduated with a Bachelor’s degree from the University of The Bahamas and both an MBA in International Business and an MS in Finance from the Florida International University. She assists with the Bahamas National Trust and advocates for the protection and restoration of mangrove forests.

Alexandrine is a 25-year-old model, an abstract artist, and an art teacher at a private primary school. Her goal is to win the Miss Universe crown and hopes to open an art school to teach children, teenagers, and adults who did not get an opportunity to take painting classes in their lives.

Laksmi is the first representative from Bali to be crowned Puteri Indonesia in 2022. She and her family were among the witnesses of the 2002 Bali bombings, and her parents were among those who started the Ubud Writers & Readers Festival, an annual literary festival held in Ubud, Bali, Indonesia. Laksmi is also a volunteer English teacher at the Hope for Bali Foundation and a contributor to the United Nations International Children’s Emergency Fund Voices of Youth.

Celeste Cortesi is a 24-year-old beauty pageant titleholder who was crowned Miss Philippines Earth 2018, finishing Top 8 in the Miss Earth 2018, and was the first representative from the Filipino community in Rome. The Filipino-Italian beauty queen advocates for the indigenous community in the Philippines who were displaced from their lands because of modernization and development. She is currently studying Real Estate Management at the Lyceum of Alabang and aims to acquire a Philippine real estate license.

Anna is a 23-year-old daughter of former garbage collectors and was not a popular candidate and received doubts about her chances of winning because she “did not have a foreign parent” before the coronation. On July 30, 2022, she was crowned Miss Universe Thailand 2022 and received the new “Power of Resilience” crown by renowned jeweler Mouawad. Her goal is to secure the Miss Universe 2022 crown and become Thailand’s third Miss Universe after Porntip Nakhirunkanok, who won in 1988, and Apasra Hongsakula, who won it in 1965.

Swelia is a 24-year-old social scientist with a Master’s Degree in Public Administration from the International Institute of Social Studies of the Erasmus University Rotterdam. She actively contributes to non-profit and non-governmental organizations that promote accessible education.

In 2019, she represented Quindío at the Señorita Colombia 2019 and was the first from Quindío to win the competition. She was set to compete in Miss Universe 2020 but lost her chance when Natalie Ackermann gained ownership of the Miss Universe Colombian franchise and announced that María would not compete because a new beauty pageant would be held. María is now more than ready to represent Colombia at the Miss Universe competition.

Engracia is a professional model and a French, English, and Spanish translator from Kumasi, Ghana. In January 2019, she represented Ghana as Miss Intercontinental Ghana 2018 in the Philippines and finished in the Top 20. The 27-year-old beauty queen succeeded Naa Morkor Commodore and will represent her country at the Miss Universe 2022. 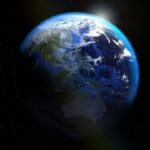 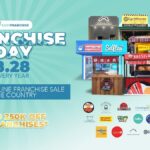