In Taiwan, snacks are of great significance; the philosophy is to eat often and eat well. The list of exquisite street food in Taipei is endless, especially if you visit the night markets’ food area. Whenever you think you finally found your favorite snack, there will always be another one surpassing it. Taiwanese snacks combine the delicacies of southern Fujian, Chaozhou, Japan, and most Asian flavors.

This form of fusion between the flavors creates a variety of delicious treats in Taiwan. If you ask the locals about the best snack on the island, you will probably have a long list. The following are some of the best Taiwanese street food that you should definitely try on your next visit to Taiwan.

The rice is fragranced, and the braised pork makes it juicy, plump, and a little crispy and topped with some pickled vegetables, serving all the unique flavors in a plate.

Taiwanese beef noodles are amongst the most preferred noodles in Taiwan, having stalls all over Taiwan’s busy streets. Taipei, known as the “Beef Noodle City,” hosts a grand “Taipei International Beef Noodle Festival” every year.

Whether it is the world’s most expensive beef noodles in the Niu Dad restaurant in Taiwan, or in the small restaurants you stumble upon, you can find the best beef noodles anywhere in Taiwan.

The Most Famous Snack On Taiwan Island: Oyster Fried

Oyster fried is one of the most famous snacks in Taiwan. Making this dish and the flavors added are slightly different than those added in other regions. Scrambled eggs are the perfect partner for baby oysters and are served with fried oysters in almost all the street food stalls.

The term “QQ” is used to describe those very chewy foods, and the “pearl” made from tapioca flour in bubble milk tea is one of them.

Danzai Noodle is a snack that originated in the Tainan area; its also known as Ta-a noodles. The authentic Danzai noodles are made by boiling the soup with fresh shrimp, adding bean sprouts, coriander, minced pork, and fresh shrimp.

It has a history of over 100 years in Tainan, Taiwan. This noodle dish is popular among the locals for its non-greasy sweet shrimp flavored soup served with tender minced pork.

If you like fluffy cakes or the crispy potato chips, then the pan-fried buns serve you with both. Shengjianbao is made from the soft fried bottom of steamed buns.

After cutting it, the inside is filled with the spiced soft pork. The finished product is white, soft, and fluffy. The meat filling is fresh and tender, with a spiced marinade in it, and the fragrance of sesame and green onions add more to the flavor.

Compared with Shanghai’s Shengjianbao, Taiwan’s Shengjianbao has two differences, it is larger in size, and the pan is inverted when frying.

Taiwan’s pineapple cake is the most popular and preferred dessert by the locals, and it is a souvenir that everyone should try at least once when visiting Taiwan.

The pineapple filling is sweet but not greasy. If you want to buy the best pineapple cakes, you can try LeeChi Pineapple Cake as the fillings are only made with the raw pineapple.

Meatball is a special Taiwanese snack, very similar to dumplings. Its name derives from its appearance as it is shaped in small reddish rounds. It is made of sweet potato powder, cornstarch, minced meat, local spices, and sauces for marination.

The meatball is wrapped in marinated minced pork. In addition to the most common round shape, there is also a triangular Beidou meatball.

It is said that it is the earliest meatball, but it is not as popular as the round shape. Later, it was modified by adding pork, vegetables, and other ingredients and topping it with gravy.

Also read: Fast Food Branch Steps Back From Banning Students from Studying In Their Restaurant 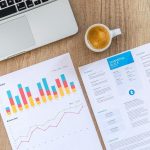 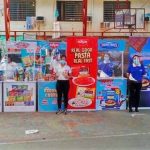