Manila, Philippines – Nothing can compare to the excitement of being able to watch a movie that you’ve anticipated, specially if it just came out. This is true as well for Japanese anime movies, as the country only have recently been able to get such movies shown in cinemas locally.

One of the movies that is shown recently is One Piece:Stampede. It is the 14th movie from the One Piece franchise, which is based on the anime and manga of the same title. It tells of the “Pirates Expo,” where all pirates gathered, including the heroes of the show, where they all joined in on one huge treasure hunt.The movie started showing exclusively in SM Cinemas starting September 20.

Recently, ODEX Philippines, the company that exclusively distributes anime programs and movies to Asian countries like the Philippines, Singapore, etc., posted an update on their official Facebook page.

The post contained three images that was from the movie, but it was clear that the pictures were taken from inside a cinema. The post then continued that the images were traced to have come from the Philippines. It was also mentioned that Malaysia and and Indonesia had the same exact posts regarding similar leaks in their own country. ODEX clearly stated as well that they condemned the act and that they hope that other moviegoers would help in stopping the act and if they catch anyone in the act, that they call them out and have them stop and delete what they took. They have also said they worked hard to get the trust needed in order for them to get the permission to distribute the said anime movies.

Netizens and anime fans were quick in sharing the post and with a recent update, it appears that one of the people that posted the leak was called out.

From a post made by Facebook user Nez Illust, it appears that a Filipino influencer, who was said to be the “most viewed streamer in the Philipines,” has uploaded the leaks in YouTube, which was already removed. From another post by Pinoy Gaming Realm, in the influencer’s defense, he did the act to “hype up Filipino fans” for the movie and it was “free promotion” for the movie.

The Anti-Camcording Law of 2010 simply states that any act of using any kind of recording device inside a cinema is prohibited by law and penalties will be given if caught. 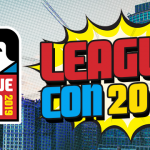 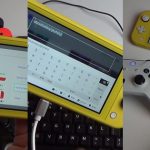