Manila, Philippines – A popular online shopping site is now under hot water after posts from fans and customers went viral because of the sudden changes that happened on the day of the event.

It started when the site announced that they have Blackpink, a very popular K-pop girl group, as an endorser and they have opened a promotion for a “meet & greet” event with them. Blackpink recently held a concert in the Philippines back in February and there were lots of fans that would want to see them, let alone meet them personally.

If a fan wants to get a chance to win a ticket for the meet & greet event, they have to register first through a provided link and then they have to become a “Top Spender” to qualify for a ticket. The first 568 winners will get a meet pass for the event, and then within that, the top 40 will have the chance to meet Blackpink personally and get their autographs.

On the day of the event itself, a lot of posts suddenly came up on social media showing fans that are dismayed with the event itself. Apparently, the rules were suddenly changed one day before the event, and some that had a notification that they won an e-ticket lost it because of a “system error and they received the wrong info.” Supposedly as compensation, the shopping site will be providing a P 1,000 voucher for them.

Posts and screenshots are also visible online showing the amount of money fans spent just to get into the “Top Spender” status for a chance to win a ticket. The amount all showed that they spent as little as P 17,000 and there was even one that spent more than P 100,000.

On Twitter, hashtags related to the event and the shopping site was trending, and more stories could be found there. There was also another story wherein Jennie, a member of Blackpink, looked like she was sick but she had to stay on stage for the event. A video also showed that the fans were all on the balcony and according to them, celebrities and influencers were indeed nearer the stage area. Yet another story on Twitter showed that a certain number of people that was within the top 40 was being asked to leave so that another 10 people can take their place, and they will be compensated with a trip to Thailand for another meet & greet. There were also a lot of posts that said the event organizers were very rude.

The shopping site has since issued a public apology and said that they immediately took steps to fix the errors but it was too late. They are now trying to reach out to the parties affected and will make sure that the issue will not happen again in the future.

Also read: Woman Gets Arrested After Cracking a Bomb Joke at an LRT Station in Manila 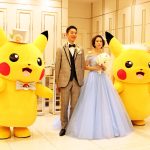 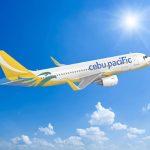