The Miss Universe beauty pageant is one of the most anticipated events every year by each participating country. It is one of the events where representatives of each country use their beauty and brains to be able to get the wanted crown and reign as Miss Universe.

This year’s Miss Universe was held on December 8, 2019, at the Tyler Perry Studios in Atlanta, Georgia. 90 of the most beautiful women in the world competed in the event and it was in this year’s competition that the new crown, the Mouawad Crown, was used. Steve Harvey was once again the host this year, which marks his fifth time in a row.

Our very own Gazini Ganados represented the Philippines this year, and she was able to bag the special award for Best National Costume. Poland’s Olga Bulawa was able to get Miss Congeniality for this year.

In the end, it was South Africa’s Zozibini Tunzi who was able to get the title of Miss Universe 2019, with Madison Anderson of Puerto Rico getting 1st Runner Up and Mexico’s Sofia Aragon getting 2nd Runner Up.

In Zozibini’s closing statement, before she was crowned as the winner, she has said that she grew up in a world where women who look like her are not considered beautiful, and she sees that that kind of thinking stops today.

Zozibini was able to get the crown once again after the win by Demi-Leigh Nel-Peters back in 2017. 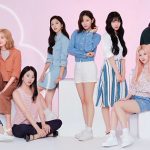 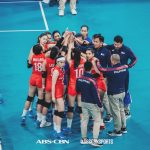