Manila, Philippines – The LGBTQ community in the country is going strong, but since most of the citizens are still the conservative type, acceptance is still moving slowly. But with one step taken by a certain airline company, we may be a step closer to being gender inclusive.

Cebu Pacific has accepted their first transgender flight attendants, Jess Labares and Mikee Vitug. Both has made a post in their own Facebook accounts regarding this.

In her post, Jess has mentioned all of the struggles that she had to go through in order to achieve this goal. Being a reigning beauty queen as well, she considers her position as a flight attendant her “greatest crown that she has ever achieved.”

Mikee, in her own post, felt humbled after being chosen as one of the first transgender flight attendants of the country. She also said she had doubts if she’ll ever be accepted, with the stereotype that most Filipinos have regarding members of the LGBTQ community.

This is also despite being ranked 10th for the most LGBTQ-friendly country in the world, discrimination is still rampant almost everywhere, whether it is at work, in public places, or even in their own home.

Despite all of this, Mikee remains positive that the country is slowly taking the step forward and that everyone will become welcoming to people of different genders like her.

Also read: Customer Sees the Word “Bakla” in Their Receipt, Caused an Outrage 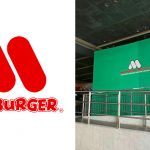 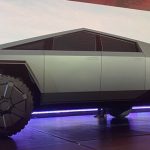