There is a lot of toy collectors, comic book enthusiasts, or pop culture lovers in the Philippines, and for the longest time, they are unable to celebrate what they love, until ToyCon started.

The Philippine Toys, Hobbies, and Collectibles Convention, or ToyCon as it is more popularly known, started as a small event back in 2003 where toy collectors and hobbyists got together to buy and sell toys, comic books, and other collectibles, and it started to grow bigger. Cosplayers also went to the event and joined the competition and for a while, ToyCon was called the “Wrestlemania of Cosplay,” comparing it to the one of the biggest events in the wrestling entertainment scene.

This year, ToyCon 2019 is going to be bigger than ever. It will be held from June 28 until June 30, 2019 and it will once again be at the SMX Convention Center. Expect more cosplays, the Toy Gallery where local collector groups show off their collection, and the selling area that ToyCon became famous for.

They also have invited international guests this year. Michael Cudlitz, who became popular for playing Sgt. Abraham Ford in the show “The Walking Dead” and Steven Ogg, who played Trevor Philips in the video game Grand Theft Auto, are two of the invited guests. It is possible that they may have additional invited guests but there are no announcements just yet.

They are also headlining the appearance of the one known as the “Godfather of Street Art,” Ron English. He is famous for creating the term “POPaganda,” which describes a mash-up of famous images in order to deliver a message and for creating MC Supersized, who is a mascot featured in the movie “Super Size Me.”

Lots of toy designers are also invited to the event, and they are advertising that “something BIG and DARK is coming this year, too,” which as of this writing, has not been revealed yet.

Tickets are now available for early purchase and do check out the ToyCon 2019 website to get more information. 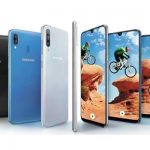 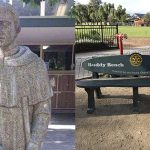