With the rising number of people using gadgets like smartphones, different means of communication is developed. Social media platforms became the easiest means of talking with each other no matter the distance between each other.

Twitter is one of the popular social media platforms now. Both accessible using a computer or with a smartphone, Twitter users has the means to post their thoughts, pictures, or a short video at any time.

Having people respond to your Tweet feels rewarding, but in some cases it feels better to have people “Follow” you. If you are to “Follow” someone, you’ll be able to see their Tweets when you open your account so that you can then either respond or react to what they posted.

A bug in the Twitter app that is happening for quite some time already. According to an article from Vice, Twitter users are getting a notification from their app that someone has unfollowed them. The notification would actually say the person has “followed them back” but it would be the other way around.

If you are to search Twitter with the words “unfollow notification,” there are numerous Tweets that say they are experiencing the same bug. It appears though that the issue is only happening on the Twitter app; those who open Twitter from a computer do not get the same notification.

Twitter is not supposed to give a notification if you are unfollowed, but there are third-party services that will monitor your account and tell you if anyone did unfollow you or not.

Twitter has responded to this news and they did say that it is a bug in the system. From an update coming from them, it appears that the bug was already fixed and everything should work the way it was.

Also read: Macbook Pro 2015 Units to be Recalled Due to Potential Fire Hazard 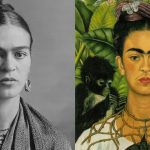