Manila, Philippines — US-based toy manufacturer Funko revealed that the iconic Filipino superhero Darna will have its own version of the collectible novelty toy. Are you excited for the Darna Funko Pop?

ABS-CBN, the owner of the rights to 13 Mars Ravelo classics including Darna, posted on their Twitter account the partnership between Darna and Funko announced on TOYCON 2019 at the SMX Convention Center.

“BREAKING: A Darna Funko Pop collectible is coming soon, as revealed here in #TOYCON2019! Darna is the first Pinoy superhero to have a Funko Pop variant,” ABS-CBN PR wrote on its Twitter account.

Darna will be the first Filipino superhero to have a Funko Pop version. But it will only the second Filipino character with the popular toy version next to Jollibee.

Darna first appeared in a comic published in the 1940s. She has since became the most iconic comics character in Philippine history, spawning a number of TV series and movie adaptations featuring some of the biggest names in local showbiz.

However, the new actress set to portray the modern Darna is not yet named after Angel Locsin and Liza Soberano both backed out on the iconic role because of their injuries.

Apart from Darna, other Mars Ravelo comics characters such as Captain Barbell and Lastikman were also featured in the TOYCON 2019.

TOYCON visitors can try out the thrilling Lastikman Card Game, coming soon in stores, at the Ravelo Komiks Universe booth.

Fans also played around and took pictures at the Captain Barbell photo wall for some souvenir shots. Captain Barbell, Lastikman, and Darna cosplayers were also present to welcome photo ops with guests.

Also read: ToyCon POPLife FanXperience 2019: What You Can Expect This Year 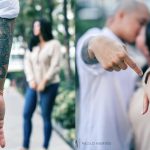